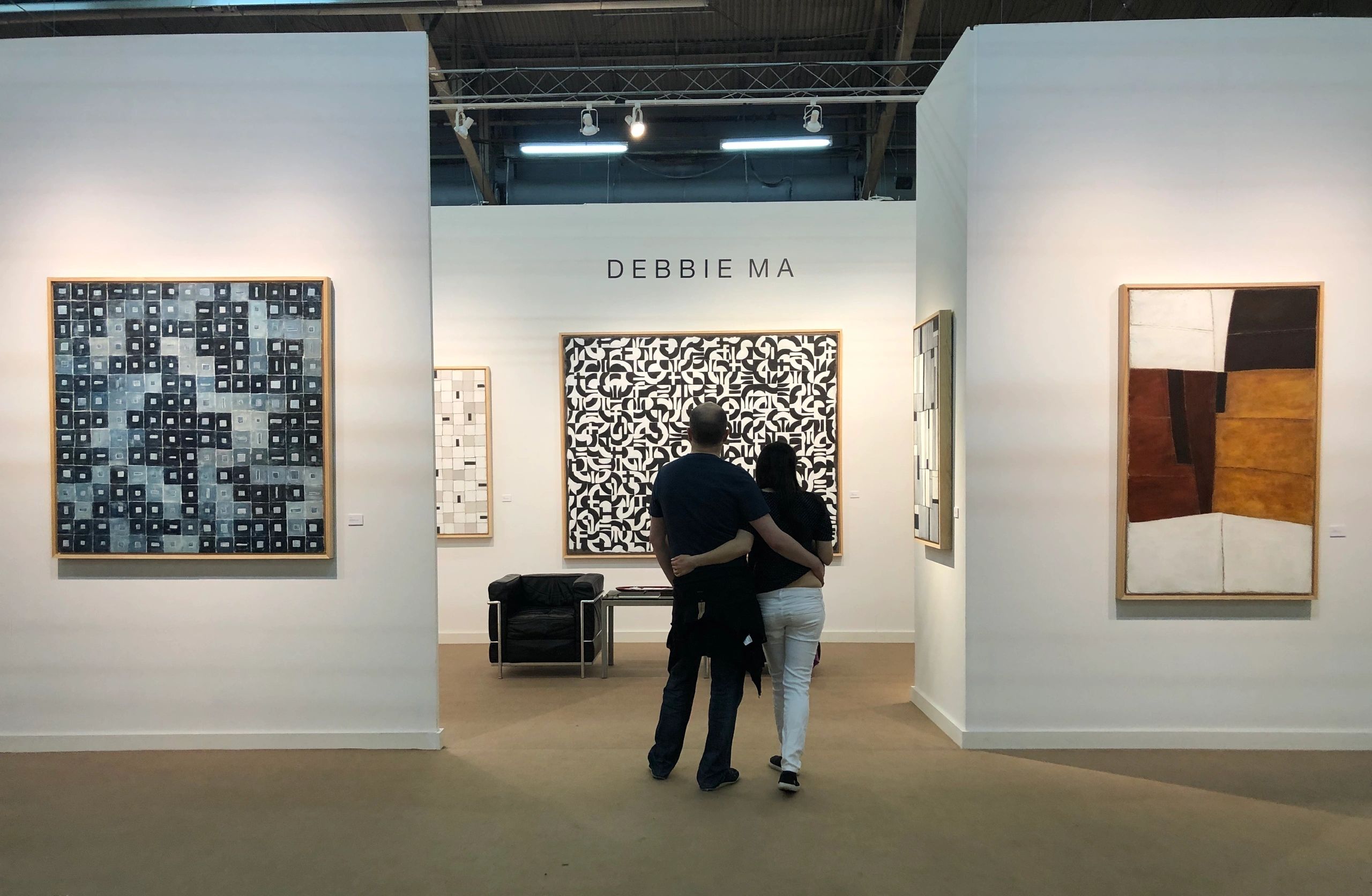 We invite you to view the latest group of mesmerizing, thought-provoking  paintings in marble dust on canvas by Debbie Ma.

Debbie Ma, American, born in the Philippines of Chinese descent, is a  graduate of Parsons School of Design (New York). She is both graphic  artist and fine artist whose designs have successfully graced products  of major cosmetic companies. She has worked in New York City for many  years and her studio specialized in packaging design.


She has painted all her life and  has used her extensive experience in graphic design in her paintings.  She currently lives and works on the North Shore East End of Long  Island.


Her large abstract paintings explore the complex  multidimensionality of geometric forms, in a monochromatic palette and  texture. She creates a tapestry of quiet patterns that exude  expressiveness through the application of a palpapble matrix of marble  dust and pigments. Her paintings are visual two-dimensional sculptures.


She has exhibited at:


Her Paintings can be found in numerous private collections and the
David Owsley Museum of Art in Muncie, Indiana.

Be the first to hear about upcoming exhibitions, articles about our artists, and special events.